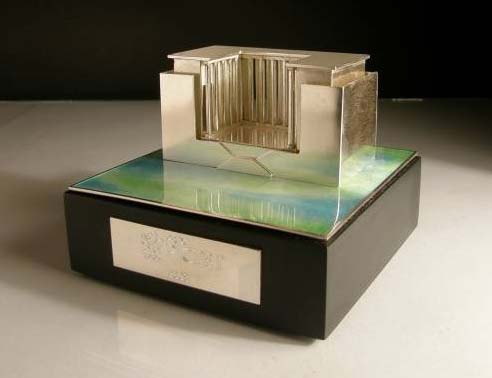 The winner of the Prix Pictet Water will be awarded with a specially commissioned trophy. Each year an artist will be invited to create a trophy that responds in some way to the pace where the award will be presented. Designed by London based jewellery designer, Vicki Ambery-Smith, the 2008 trophy is a miniature of the Palais de Tokyo, Paris where the winner will be announced at the end of October.

Vicki Ambery Smith has established a reputation for her jewellery and small tableware interpretations of buildings from all over the world. Her work features in the collections of the Victoria & Albert Museum, Royal Scottish Museum, East Midlands Arts, Houston University, Texas.