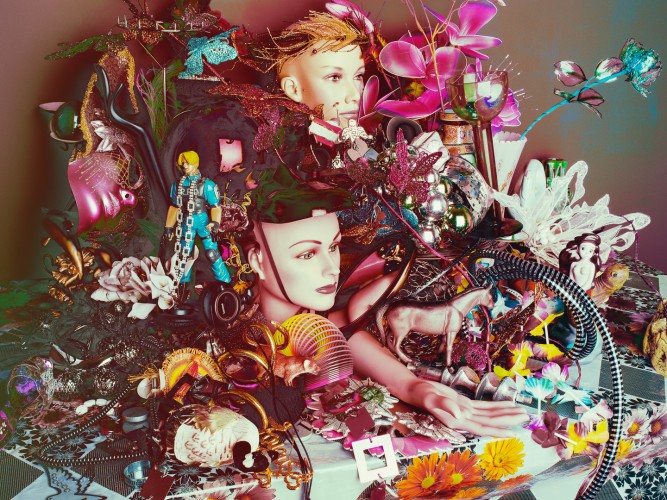 Valérie Belin has been announced as the winner of the Sixth Prix Pictet. The announcement was made during a ceremony at the Musée d’Art Moderne in Paris by Kofi Annan, Honorary President of the Prix Pictet.

On behalf of the Jury the Chairman, Sir David King, said ‘we were presented with twelve outstanding portfolios all of which communicated different interpretations of the theme, after much discussion Valérie Belin emerged as a clear winner.’

The mission of Prix Pictet is to the search for photographs that communicate messages of global significance under the broad theme of sustainability. For the Sixth Prix Pictet the theme is Disorder. Previous laureates of the award have been Benoit Aquin (Water), Nadav Kander (Earth), Mitch Epstein (Growth), Luc Delahaye (Power) and Michael Schmidt (Consumption).

In his foreword to the accompanying book, Disorder, Kofi Annan writes, “Our times are defined by Disorder – disorder, at the very moment in human history when we almost dared imagine that no problem was beyond our capacity to solve. Remarkable advances in medicine have helped to eradicate scores of formerly fatal diseases. We are capable of breathtaking feats of engineering – raising mighty dams, flood defences and soaring earthquake-proof buildings. Our mastery over manifold aspects of life has deluded us into thinking that we have bent the planet to our will. Yet the fragility of that assumption is exposed with each new pandemic, earthquake, tsunami or drought. With each passing day our illusion of order is shattered.”

An exhibition of the images shortlisted for the award will now tour the world. The tour begins at MAXXI in Rome and will then travel to major international museums and galleries including the International Red Cross and Red Crescent Museum, Geneva; Westbau, Zurich; CAB (Contemporary Art Brussels), the Palau Robert, Barcelona and the Museum of Photographic Art, San Diego. Proposals from other leading galleries and museums are currently under review.