Abbas Kiarostami is an internationally acclaimed Iranian film director, screenwriter, and film producer. An active filmmaker since 1970, Kiarostami has been involved in over forty films, including shorts and documentaries. Kiarostami attained critical acclaim for directing the Koker trilogy, A Taste of Cherry and The Wind Will Carry Us

Kiarostami is part of a generation of filmmakers in the Iranian New Wave, a Persian cinema movement that started in the late 1960s and includes pioneering directors such as Forough Farrokhzad, Sohrab Shahid Saless, Bahram Beizai, and Parviz Kimiavi. The filmmakers share many common techniques including the use of poetic dialogue and allegorical storytelling dealing with political and philosophical issues.

Kiarostami is also a noted photographer and poet. A bilingual collection of more than 200 of his poems, Walking with the Wind, was published by Harvard University Press. His photographic work includes Untitled Photographs, a collection of over thirty photographs, essentially of snow landscapes, taken in his hometown Tehran, between 1978 and 2003. An exhibition of Kiarostami’s photographs of roads, trees and views from a car were shown at PS1 Contemporary Art Center in New York in 2007.

He holds honorary doctorates from the École Normale Supérieure and the University of Toulouse and was President of the Jury for the Camera d’Or Award at the Cannes Film Festival in 2005. Abbas Kiarostami became a Fellow of the British Film Institute in 2005. 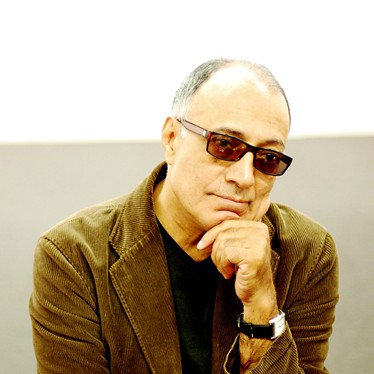