Francis Hodgson is a photography critic for the Financial Times, and the former Head of Photographs at Sotheby’s, London. A specialist in photography of many years standing, Hodgson is unusual in having worked at a senior level both in the cultural and in the commercial aspects of photography.

Hodgson was for some years the manager of the print room at The Photographers Gallery in London. He later founded and directed Zwemmer Fine Photographs, a gallery specialising in photography, and has worked with several other galleries.

Hodgson was also director of photography at Photonica, a major stock image library, where he was responsible for opening up the stock photography market to more artistic photography than had been considered possible. He was also at one time director of content at Eyestorm, the online art dealership. He has acted as representative and agent to photographers, and has been a writer and broadcaster on photography for many years.

In another life, Hodgson authored Only the Goalkeeper to Beat (Macmillan, 1998) a highly praised study of the role of the goalkeeper in football. 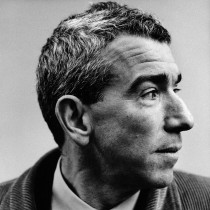